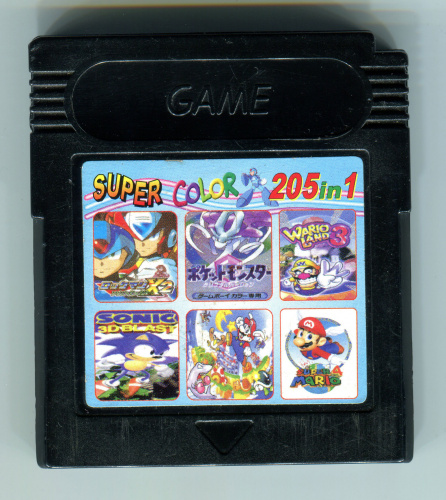 Probably a JY multicart judging from the graphic design. Came from Taiwan.

About 50 real games, probably faulty when obtained since some games wouldn't run. Now it won't boot at all :(

Some of the games include: