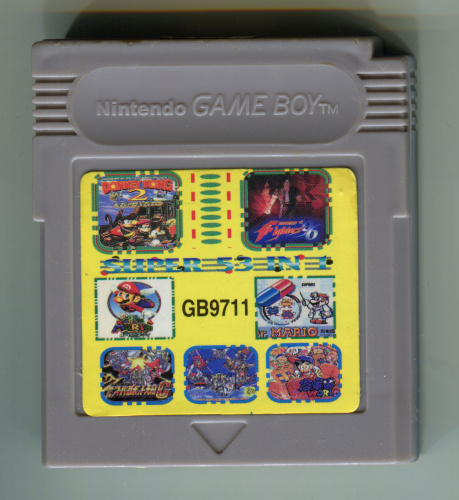 Probably a Ka Sheng joint, judging from the graphic design and ID format. 13 real games. Despite including multiple games that would normally save, there's no battery nor any space for one on the PCB.

PCB is quite simple with 3 globs on the front and "C16A" on the back. Also seemingly "25" written on the front in marker.