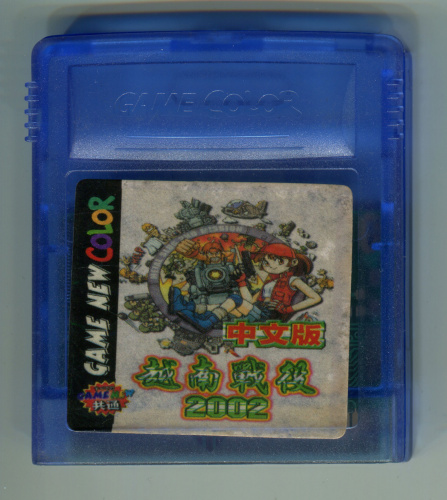 Actually BBD's Yuenan Zhanyi 2001, aka Metal Slug 2001. Gets around. The title screen is unchanged and still reads 2001, and it boots up with a BBD logo so is probably an original release from them (or Sintax getting rid of their old stock).

I am pretty sure I have seen another game with a sticker labeled game new color in the same font as this one. I think it was one of those Devil Children spinoffs of SMT