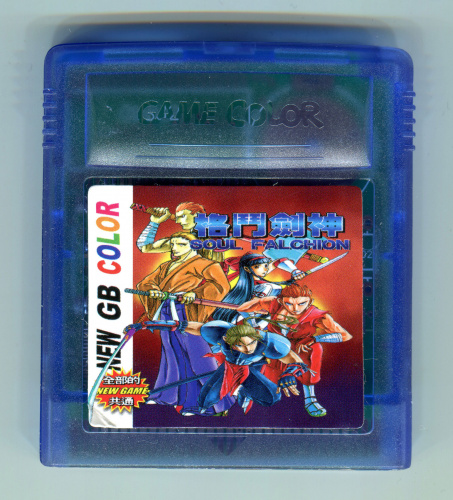 There are a few different variations of this game released in different markets and on multicarts and the like. This one appears to be the original Taiwanese single cart release, with Kang on the title screen where the Chinese release has Saibot. The soundtrack also matches the Chinese one, as opposed to the Taiwanese multicart release which has a bunch of different tracks. got all that?

Boots up with a "SOUL" logo in place of Nintendo's. The PCB reads "VF001" so was probably a custom design done for Vast Fame.