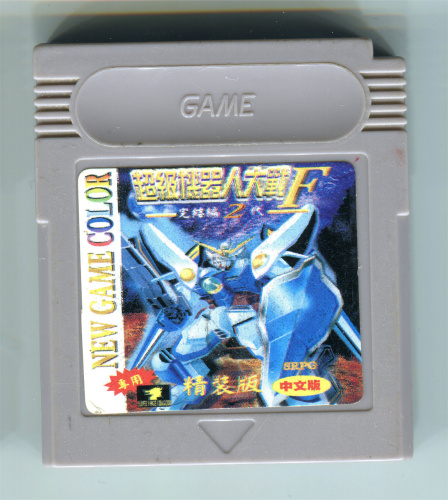 Boots with an odd "Dliu'sr.dz" logo created by modifying the bottom half of the Nintendo logo (since the GBC hardware only actually checks the top half). SKOB would use this logo for most of their subsequent releases.