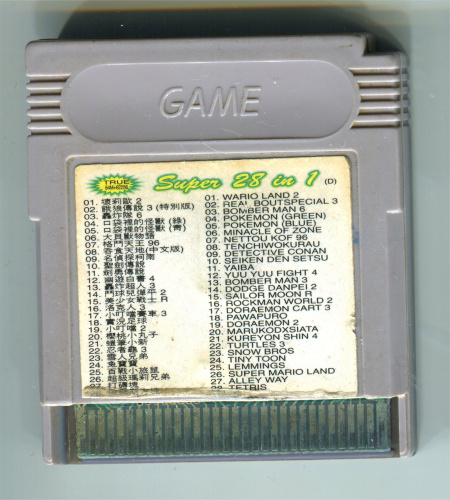 This one has Seen Better Days for sure. Still works though! sometimes!

All the games are as per the label - it's a pretty decent selection with lots of cool stuff you don't normally find on multicarts. Tenchi wo Kurau is the same Chinese version found on this cartridge.

PCB is also the same style as Super Color 25 in 1, code "LT870623C" with a copper battery holder which literally fell off the board when I opened it