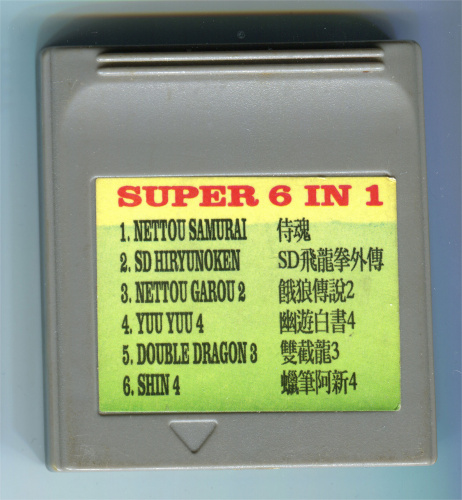 Theoretically a 6 in 1 but only boots to Nettou Garou 2. No menu appears, there's no "switch game" button like some older carts have, and it doesn't even change games if power cycled.

Assumed it was faulty, but...

The PCB is marked "840321C" which by the ROC calendar would make it 1995, but looks way too simple for a 1995 multicart, a half-size board with only 2 globs and a resistor. Suspiciously it also reads "GS4M", with 4 megabits (0.5 megabytes) being the size of Garou alone. So it may well just be a Garou PCB inserted (either with intent to deceive or just accidentally) in this multicart shell.