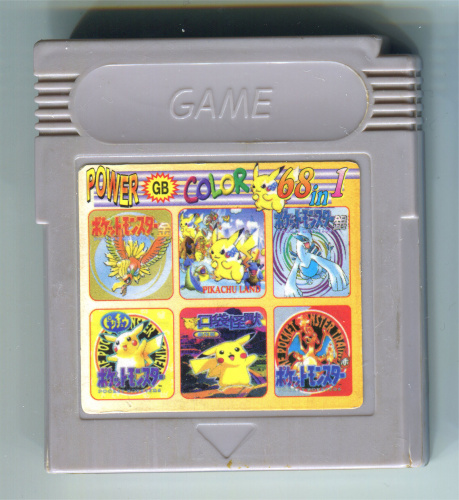 Another multicart from JY company with the Last Bible-style menu. No repeats!

All Pokemon games are Japanese versions.

Unusually for a Game Boy multicart, all mentions of Nintendo in all games have been removed. "Licensed by Nintendo" strings now either read "Licensed by (blank space)" or are removed altogether. In the Pokemon games the other companies' copyrights are removed too, leaving only the "GAME" from "GAME FREAK". Pokemon Card just scrambles the copyrights.

PCB code: KGB-106 REV.1 with 266 above it. Similar PCB style to Pokemon vs Mario 33 and the two translations that it itself is similar to...